Inicio Noticias In a restaurant 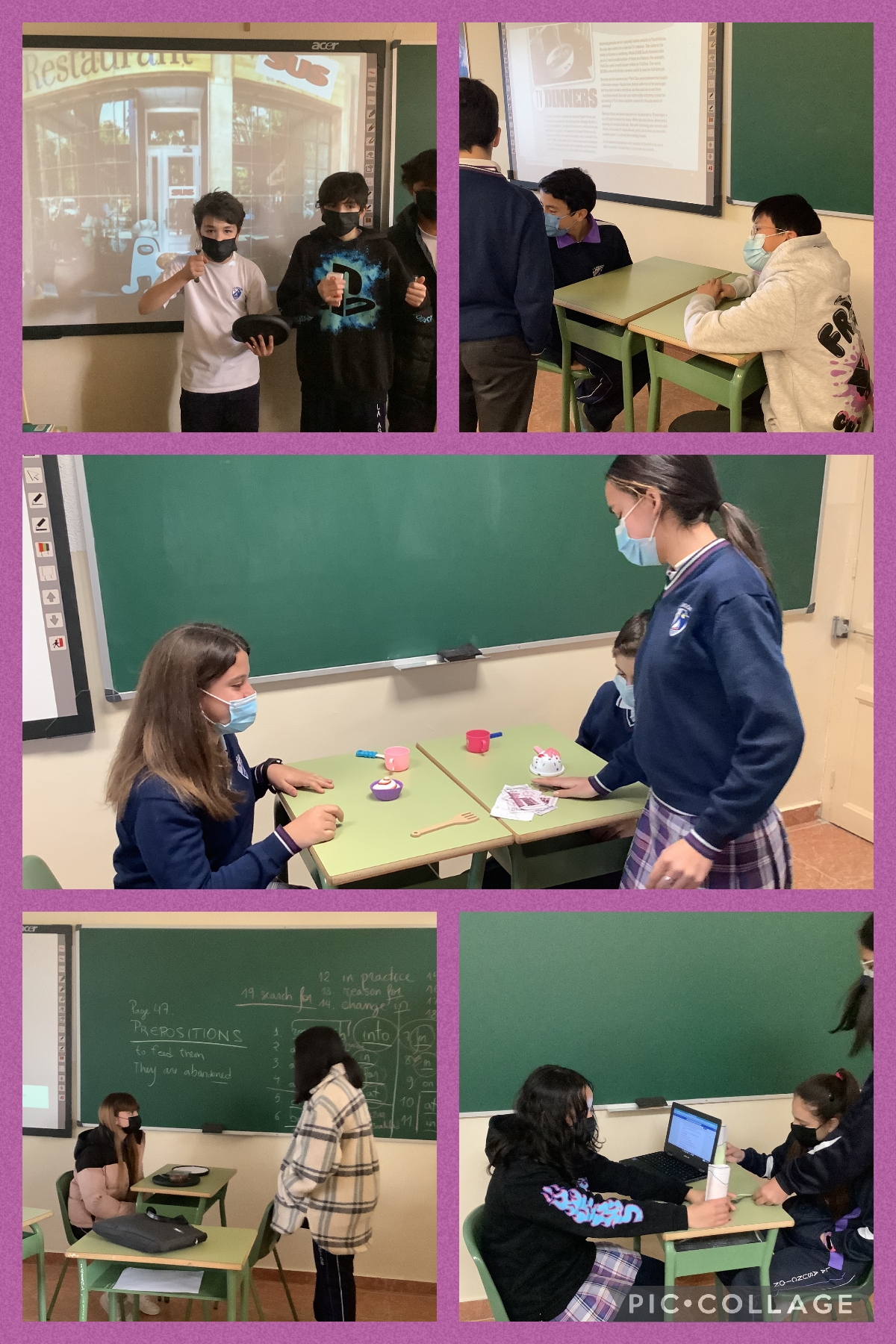 First-year ESO pupils have been acting out as they were customers and waiters in a restaurant. It's the final product of a project in which they have been working in this second term. This project offers the possibility to learn English in real context. In groups of two or three students, they performed a dialogue asking for a table, the menu, ordering food and drinks and asking for the bill. The luckiest of them were tipped!